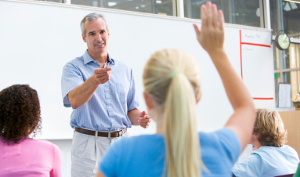 Our research for this book indicated that parents did not put ‘good teachers’ very high on their list of priorities when choosing a school. This might seem surprising, given the pivotal role of the teacher in the level of interest a child is likely to take in a subject. However, in our interviews with parents, a more nuanced response to that question became apparent. First of all, it is clear that we have in this country a very well-qualified teaching profession.


In that sense, parents simply took for granted that the teaching staff would be good. They felt that there is, broadly, no inherent difference between teachers in the different schools they were considering for their children. In addition, their common sense told them that there is a variety of teaching styles and that pupils respond differently to different teachers. What they were hoping for, however, was that their child would be encouraged, given positive feedback, given a sense of achievement and self-worth. The research would suggest that they are on the right track here. Pupils who feel that their teacher expects them to do well, generally do well:

‘The level of teacher expectations within a school (as perceived by pupils) has a positive and significant impact on pupil performance.’ 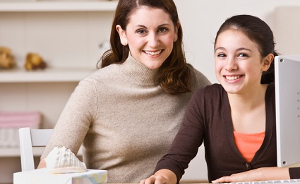 In our interviews with them, teachers expressed their belief that the brighter pupils will do well in any school. They saw their role as being far more important for their less academic pupils, to encourage them and build their self-confidence in order to ensure that they did as well as they possibly could in the examinations which would have such an impact on their choices in the future. What is important is that the potential of the child is fulfilled.

In this regard, it is interesting to note that, according to Emer Smyth’s research, schools vary more in the academic performance of lower ability pupils; in other words, schools make more of a difference for this group. We indicated at the start of this section that ‘success’, in terms of the ‘best’ school, is based on a number of different factors and so, a school where this high level of teacher expectation exists will ‘also tend to be characterised by a more flexible approach to subject choice, a stricter disciplinary code and more positive interaction between teachers and pupils.' 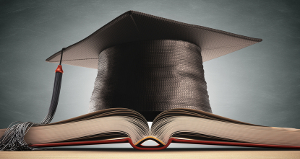 The principal is required to issue that code to parents before registering their child as a student. Schools usually publish their code of conduct in their prospectus and/or in other school literature such as the homework journal. It sets the tone for student behaviour and, by requiring parents to sign it, the school effectively includes the parents in the issue of what is expected of their child in terms of discipline. One principal we interviewed stressed the importance of the family sharing the school’s regard for appropriate behaviour: ‘If it’s not regarded as important at home, we are wasting our time trying to enforce it here.’ 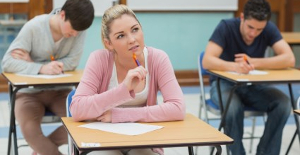 The stated value, common to many of the school discipline codes which we reviewed, is respect. Pupils are expected to show respect for the property of others, including school property; for the views of others, including those of different cultures and belief systems; for the personal integrity of others; and respect for themselves, highlighting the need to have an environment in which students can learn without interference.

This disciplinary climate requires quite detailed systems, which are drawn up by the principal in consultation with staff, parents and, in some cases, pupils. They include monitoring pupils’ punctuality and homework, as well as their behaviour involving staff and other pupils. The success of these systems will depend, not so much on their design and publication, but on their implementation in a clear, consistent and fair manner. Unsurprisingly, research indicates that the more academically effective schools are characterised by ‘a consistent application of school rules and procedures along with relatively early involvement of parents in disciplinary procedures'.


Reproduced with permission of Mercier Press