Orlando, Florida, with the kids 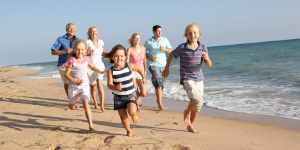 When we think of Florida we mainly think of two things: Beaches and Disney World, and when you're travelling with kids this might just be your only reason to visit - but there is a lot more than just Mickey Mouse! Here’s our guide to travelling to Orlando, Florida with the kids this summer.

Flights from Ireland to Orlando (via stopover) is about ten to fifteen hours depending on which stopover (UK or US). Weather in Florida is warm all year round with winter temperatures as high as 17 degrees and with summer highs of 28 degrees. Summer time is hot and sticky and also the region’s wet season, so as well as very hot days you can expect tropical showers.

Florida with the Kids

Orlando is literally America’s family fun capital and houses its most famous resident, Mickey Mouse and his Magical Kingdom. But there’s loads more to see than just Disney Land (if you have the time that is). Everything is centered on families and children here: there are zoos, museums, theme parks, aquariums, nature centers, and of course, beaches.

What to do with the kids 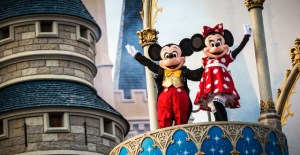 If you have kids and your travelling to Orlando, then Walt Disney World is probably unavoidable. Disney World is the king of theme parks and because its the king it is also the biggest in the world - which takes proper planning to navigate. There are five theme parks including Disney World & The Magic Kingdom, Disney Hollywood Studios, Disney’s Animal Kingdom, Epcot, and the new Star Wars: Galaxy's Edge park.

How long you have inside the park will dictate where you should visit. If you have only one or two days then stick to the main event, vintage Disney and The Magical Kingdom!

*Remember during school holidays will be peak season for this theme park so expect queues just about everywhere. 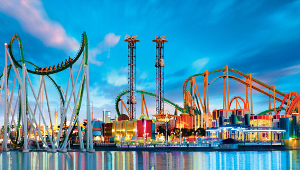 Universal Studios is a combination of a theme park and working film studios. It provides an interactive experience for visitors to get inside movies and come face to face with real famous characters. It has two theme parks, The Universal Studios Florida and Islands of Adventure that features the famous Jurassic Park, and Harry Potter rides and shows. There are tons of other shows, rides, concerts and entertainment for all ages.

Tip: Planning your visit is key to getting the most out of another of Orlando’s biggest theme parks. Plan your itinerary well - taking into account the size of each zone and travel time between them. 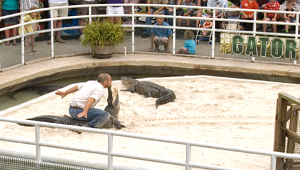 Florida is no stranger to alligators with over a million reptiles living wild in the Florida marshes. Thankfully, the best place to see one of these is in Orlando’s reptile animal park and sanctuary Gatorland. Gatorland is home to thousands of alligators, crocodiles and reptiles and some of which are shown in shows and demonstrations. Kids can get up close and see these reptiles along with learning about them with fun rides and park activities.

If your are looking for a break from all the kiddie themes and fancy something more educational yet still fun for the family head to the OSC. The centre showcases several different branches of science from mechanics, biology to applied technologies. It has several events throughout the summer dedicated to getting children more involved with science.