How much does the earth weigh? 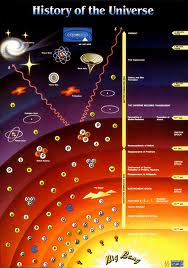 Most parents have been stumped at least once, and in my case many, many times by a tricky question produced by the inquiring minds of their children. The ‘but why’ phase seems to start around the age of three and, as far as I can tell so far, probably never stops.
Taking a simple car journey to the shops can result in the most profound conversations as question after question is thrown at you such as how the rain is made, why the moon is out in the day, what a rainbow is made of and what those big pipes at the side of the road are used for. As we attempt to drive, change CDs, ignore our ringing phone and pass drinks and a snack into the back seat, it isn't always that easy to come up with a decent answer.

Interestingly, it is these type of questions which parents fear the most, and while many of us will probably make some attempt to explain these things in terms which, without making our kids feel they are being dumbed-down or fobbed-off, give a simple enough explanation for them to understand, let's admit that we often resort to the ‘because it just is’ response.

As reported in the Irish Independent, a recent survey of 2000 parents, which was commissioned for The Big Bang UK Young Scientists and Engineers Fair which takes place in Birmingham this March, highlighted the fact that two-thirds of parents get asked these far-reaching questions on a daily basis. With programmes such as The Wonders of The Universe, presented by Professor Brian Cox, and natural world series such as The Frozen Plant, it would seem our children’s inquisitiveness is growing ever greater.

So, how should we respond to these questions? Professor Brian Cox, who is supporting The Big Bang Fair suggests that, “The best thing parents can do is work with their children to find the answers – not only can it be fun, but you’ll both learn something new along the way. And there are lots of exciting opportunities to learn out there.”

To see an on-the-spot guide to answers to just some of the more tricky questions, click here.