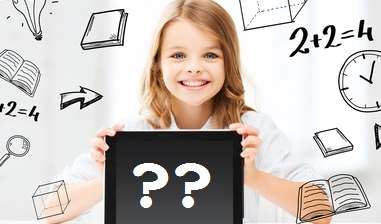 Choosing Tablets
for your School:
The Do's & the Don'ts

Tablets have been lurking around the education sector for a number of years. While the uptake has been greater in second level, primary schools are beginning to investigate their potential. There are three main types: the iPad, Android and Surface.

The iPad was the first tablet on the market to capture the imagination when it was released in 2010. Many secondary schools have adopted 1:1 iPad programmes, where all of the students’ books have been digitally copied onto the devices. 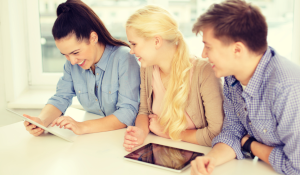 Students use these iPads similarly to their own books but with enhancements such as the ability to annotate their texts.

Students can also complement their learning with Apps from the AppStore. At primary level, teachers make use of different apps to help children learn.

Many of these are games designed to drill and practice facts such as times tables but there are some apps, most notably Book Creator and iMovie, that allow children to create their own content; with enough flexibility to work equally well in Junior Infants or Transition Year. 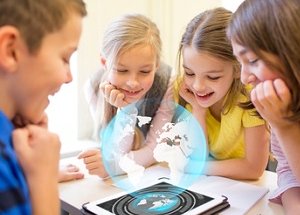 Google are the inventors of the Android OS but any company can build a tablet using it. This means there is huge variety in the different types of Android tablets - with some variety in how capable they are of running various apps or versions of Android. Similarly to the iPad, Android tablets have access to a massive AppStore called Google Play. The difference between it and Apple’s store is that Google Play does not manually check every app that is uploaded.

While this means there is a greater quantity of apps available for Android tablets, it takes more time to find ones that work in the classroom and they generally don’t have the same quality or choice as is available on iPad. A word of warning, if you’re buying an Android tablet, you generally get what you pay for - don’t be fooled by cheap pricing.

Microsoft came to the tablet market in 2012 but quickly cemented their place in education especially at second level where the familiar environment made it appealing. For example, Surface tablets allow for the full Microsoft Office suite to be installed. 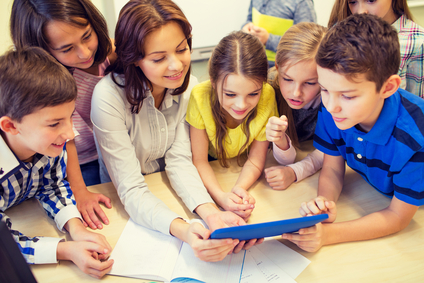 This means programs such as Word, PowerPoint, Excel, OneNote and Publisher work in the same way as they do on a PC.

Another advantage of Microsoft Surface over other tablets is that they allow for Adobe Flash content, which opens up access to almost every website, many of which are used in primary schools, such as Starfall.


Because Surface is basically a Windows PC in tablet form, it is easy to install any software you would have on any Windows device. Surface tablets don’t currently have the same suite of creative apps available as iPads do, but you can be sure Windows are working on this.

They are excellent devices, but their pricing may still rule them out for many schools.

Many schools like to stick to one type of device when they are considering purchasing technology. However, every device has its advantages and disadvantages.

Before buying anything, it’s always a good idea to consider what you would like the devices to do.

If it is movie-making, then you can’t do better than the iPad but if you’re doing ECDL then Microsoft may be a more natural choice for many schools, though many post primary 1:1 schools have chosen iPads with bluetooth keyboards.

Personally, I believe a good mix of devices is the best option if your budget and development plan allows for it.

Simon Lewis is a guest writer at Edanu and principal of Carlow Educate Together National School. He has been helping teachers make the best use of technology in education for over 15 years. Simon was guest speaker at the IPPN Conference in 2017.