This costume has a great wow factor while being so simple to make! All you need is a clear umbrella, battery powered fairy lights, metallic coloured ribbons and cut out eyes. You can even place a cut out of Dory from Finding Nemo tangled in the ribbons to add some fun context.
Credit: almosttherealthing.com 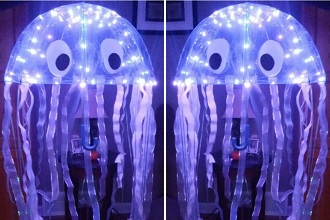 
Stranger Things has been a massive hit this year with teens & adults alike! Recreating the look for 11 is quite easy and would work for girls (or very brave boys!). You will need a pink dress, a blue jacket, blonde wig (or no wig for boys, just a shaved head!), tube socks, white runners, fake blood and some waffles. Random but effective!
Credit: lauraiz via Instagram


Pokémon Go has revived everyone's love of the popular 90's show so it is no surprise that kids & teens all over want to dress up as their favourite Pokémon! We have a full article dedicated to Pokémon Inspired Halloween Costumes for Kids and Teens.

Check it out here. 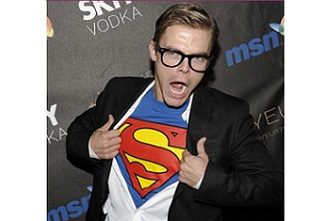 
This costume is great for teenage boys who aren't really into 'dressing up' for Halloween. All they need is a nice suit, glasses and a superman t-shirt. They'll be crime-fighting and camera ready at all times with this smart costume. Make sure the Superman 'S' symbol stands out to get the best effect!
Credit: via fashiondivadesign.com


Harley Quinn is sure to be the most popular Halloween costume amongst teen girls this year. The release of the Suicide Squad movie may have fell flat but Harley Quinn is still one of the most iconic characters to grace our screens this year!
Credit: popsugar.com 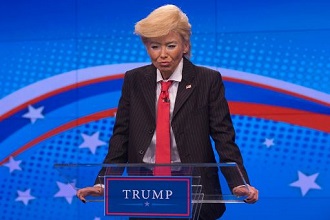 
Ok, a little tongue in cheek but we think this costume is genius for the politically aware teens out there! All you need to become the most controversial presidential candidate in history is some really orange fake tan, a terrible blonde comb over wig, an over sized suit filled with padding and maybe some monopoly money for good measure
Credit: eonline.com