Navigating the Irish education system as a non-religious family

This article was provided by Education Equality.

Ireland has undergone significant change with respect to religious affiliation and practice in recent years. Referendum results on issues such as same-sex marriage, abortion and divorce reflect an Ireland that is very different to the one in which our education system was established. Religion also plays a declining role in our relationships: Catholic marriages have fallen sharply from over 96% of all marriages in 1980 to less than 35% in 2020, with a corresponding increase in the popularity of non-religious marriages from less than 2% to almost 50%.


Our schools can be difficult places to navigate for the growing number of families who do not practise a religion. 95% of Ireland’s primary education system remains under the control of religious patrons, who see their role as being to evangelise as much as to educate. Many parents feel pressured to allow their child to receive religious instruction and to participate in religious sacraments and worship that may conflict with their own sincerely-held beliefs. The influence of religious ethos on relationships and sexuality education (RSE) has also proven to be controversial, notably with the introduction of the new Flourish RSE programme by the Irish Bishops’ Conference in 2021.

With this in mind, we thought it would be useful to provide a guide as to what your rights are and how to navigate the pervasive influence of religion throughout our education system and the sometimes tricky process of removing your child from religion classes.

The practice of prioritising baptised children in school enrolment (often called the ‘baptism barrier’) is now illegal in the vast majority of schools. Following a high-profile campaign by Education Equality, the Education (Admission to Schools) Act 2018 has outlawed the use of religion as an admissions criterion in all Catholic-run schools, which account for almost 90% of primary schools. Many schools do continue to ask parents to provide baptismal certificates when they enrol their children, however this is now described as being purely for “administrative” reasons and the school cannot now consider a child’s religious status when awarding places. In most cases, baptising your children will therefore no longer improve their chances of securing a school place and you should not feel under any pressure to do so.

Your right to opt out

Your child has a constitutional right not to attend religious instruction should you so wish. Article 44.2.4 of the Constitution provides for “the right of any child to attend a school receiving public money without attending religious instruction at that school”. In principle, Article 44.2.4 allows you to remove your child from these lessons, a process commonly known as “opting out”.

In practice, the process is not so straightforward. Parents wishing to opt their child out are typically required to write to their school and arrange a meeting with the principal. You do not have to disclose what your beliefs are, you must simply notify the school that you are exercising your constitutional right to withdraw your child from religious instruction and that you do not want your child to participate in these lessons. The school does not have the right to refuse this request.

Unfortunately, in most cases your child will nevertheless remain in the classroom. Children who are opted out are often simply moved to another seat and given colouring or other non-curricular busywork. The experience of being separated from their peers for the duration of these lessons can be an unsettling experience for children, so it is important that you explain things to your child as sensitively as possible. Depending on your child’s age, you may like to provide your own reading material or activity books for periods when they will be sitting on their own. Your child may even like to bring a tablet and headphones to school to watch storytelling videos such as Storyline Online, or educational videos about something that interests them. All of this should be discussed in advance with your teacher.

Parents’ experiences of the opting-out process vary considerably. Some schools facilitate opt-outs with a minimum of fuss and are proactive about notifying parents if there are upcoming religious events such as visits from religious clergy. In other cases, schools may be less forthcoming and may even discourage parents from removing their child from these classes. However, it is important to note that you are under no obligation to allow your child to receive religious instruction, nor should the school ever expect your child to pray or to participate in religious services or sacraments such as communion and confirmation without your consent. For a sample opt-out letter, or for further advice on navigating this process, please contact us at info@educationequality.ie. 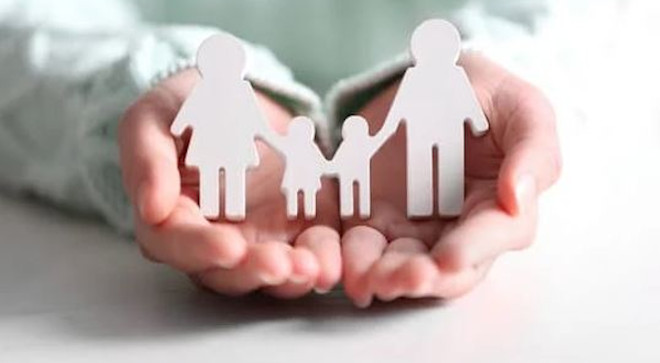 The influence of religion on RSE will be hugely problematic for many parents, irrespective of their beliefs. Flourish teaches children that “Puberty is a gift from God. We are perfectly designed by God to procreate with him” and contradicts the Constitution by telling pupils that the church’s teaching in relation to marriage between a man and a woman “cannot be omitted”. A lesson on safety and protection advises senior infant children to say the “Angel of God” prayer. This controversial material is an example of the so-called ‘integrated curriculum’, where religion permeates secular subjects.

Section 9(d) of the Education Act 1998 gives you the right to be consulted about all health education provided to your child. In theory, schools are therefore supposed to consult with parents before introducing new RSE programmes or resources. Such consultation rarely takes place in practice.

If you disagree with the approach being taken by your school to RSE, you are fully within your rights to write to the school’s Board of Management to make your concerns known. Even better, you can deal with the school together with other parents in order to provide strength in numbers.

There have already been cases where parent power has proven successful in opposing the introduction of religion-based RSE material. In 2021, Lacken National School in Co Wicklow - a school under Catholic patronage - agreed not to use the controversial Flourish programme after receiving letters of complaint signed by 22 families. Education Equality was delighted to assist the parents involved in this initiative. The story was widely covered in the media at the time, including this piece in the Irish Times.

The long-running school divestment process initiated under former Minister for Education Ruairi Quinn has not delivered the changes in patronage that had been hoped for. Almost ten years have now passed since the report of the Forum on Patronage and Pluralism in the Primary Sector in 2012, yet only a very small number of schools have been divested around the country. This seems unlikely to change in the short term.

The current inertia represents a significant challenge to the government, who will need to face up to the need for reform in this area sooner or later. If we are to heed the warnings from domestic and international human rights bodies, Ireland will eventually need to adopt an education model that vindicates both parents’ and teachers’ human rights to freedom of religion and belief and freedom of conscience, not to mention their existing constitutional rights, in all school settings.

However, cases such as Lacken National School demonstrate that parents can also be drivers of change locally when they make their voices heard. This kind of parental initiative is likely to become increasingly important in the years ahead, as Irish society continues to evolve. 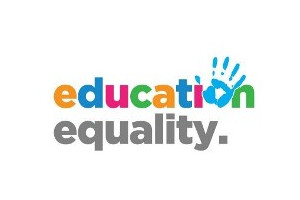 This article was provided by Education Equality.

Education Equality is a parent-led human rights advocacy group campaigning for equal respect for all children at school, regardless of religion. The group believes that religious instruction should be removed from the curriculum and offered to parents and teachers on an optional basis outside core school hours.