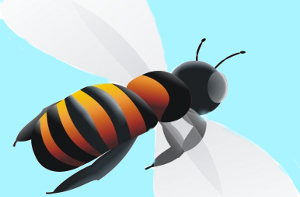 Give up on the idea of presenting the subject in one big chat -- you'll overwhelm your child with more bewildering and even distasteful information than she can process at once. Instead, think of it as a gentle conversation that will take place over several months or perhaps even years. Keep your explanations as simple and specific to the discussion as you can. A 6-year-old wondering what "birth control" means is not necessarily asking you to delineate the mechanics of intercourse.


The hardest part, of course, is staying composed. Try to respond to your child's initial question without turning red or acting as though some momentous exchange is taking place; such a response might unnerve her or suggest that sex is linked to feelings of shame. If you can remain calm and speak naturally early on, you send an important message to your child: "You don't need to feel nervous about asking me about this. It's something we can talk about."


When you arrive at the point of giving a technical description of "the Act," it may help both of you if you say something simple like, "Look, I know this might sound awful to you now, but -- trust me -- it will seem different when you're older." A straightforward and honest approach is the best way to get through this: "When a man and a woman decide they want to do this, the man's penis goes inside the woman's vagina, and sperm comes out of the man's penis. Sometimes the sperm joins with one of the tiny eggs inside the woman's body, and that makes the egg begin growing into a baby. This happens in the special place women have called a uterus."

Once you make it through this, you should expect your child to look both dumbfounded and suspicious, especially if it dawns on them that you may have done this thing at least once. Don't be surprised if they suddenly changes the subject, walks away, or act as though they haven't heard a word you've said. They heard you. They just need time to let it sink in. 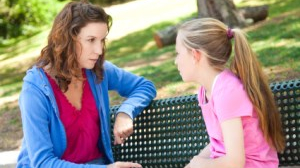 When does your daughter need to learn about menstruation? Earlier than you probably think. Girls now commonly start their periods as early as age 10, so even if your daughter looks as though she's nowhere near puberty, her schoolmates' accounts may confuse and upset her if you haven't given her the basic information first. She needs two things from you: first, the physical details of menstruation, and second, the security that when her period does begin (or her best friend betrays her by getting her period first),

She can tell you about it without having you get embarrassed or weepy on her. You might want to start this conversation off (or simply let her know that you're willing to have it whenever she wants) with a casual question or remark: "Do you know if any of the older girls at school have started their periods yet?" Or: "You know, when I was your age, I didn't understand about periods and I felt too embarrassed to ask anybody."

Another useful approach for a child who's reached the age of 10 or so is to give her a good, readable children's book on puberty and sexual development. Before buying, look it over yourself to make sure you like its approach. Then put the book in your child's room, where she can look at in private, and casually tell her that you've left it there for her to look at if she wants to.

You can be sure the book will be read, and it may ease her fears and help her feel more comfortable about talking to you about sexual issues and feelings. A good choice would be Where did I come from? by Peter Mayle. Books for parents looking for guidance on the subject include How to talk to your child about sex by Michael and Terri Quinn and What is love? Sex education for children by Patrick Berry. 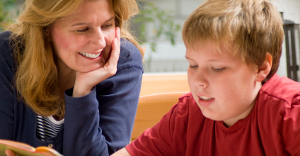 Boys may notice the erections of other boys (even babies), wonder about their own erections and physical responses, and hear "boner" jokes or other crude references at an early stage, so it's a good idea to explain erections even to very young boys in a low-key way, making sure they understand that there's nothing shameful about a natural body response that they often have no control over. This should be easier if you've used the correct terms for body parts from the beginning; if you haven't, start getting your child comfortable with saying "penis" and easing him away from the euphemistic terms he's used until now.

Boys begin to have wet dreams when they reach puberty, usually between the ages of 9 and 15. A boy's first ejaculation may occur during a wet dream, and when he wakes up, he may not realise what happened. Thus it's important to let your son know well before puberty that wet dreams are a normal part of growing up and nothing to be ashamed of, that he can't control them, and that ejaculation is just a physical sign that he's growing into manhood.

What is my child learning from friends, school, and the media? 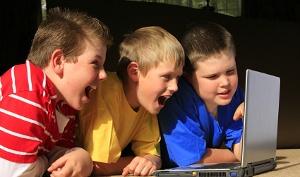 By being as inquisitive as you can, without tipping off your child that you're snooping -- at this age, children absolutely don't want to feel that their parents are looking over their shoulder. At school, ask the teachers exactly what they're teaching at each class level. (When and how do they discuss the reproductive system, sexually transmitted diseases, sexual harassment, and so on?) If they use textbooks or handouts, read them yourself.

You probably worry about what comes at your child on the Internet, but watch their television programmes, too. Pick up the magazines they're looking at. Be aware of what registers at their eye level on magazine stands, particularly the ones that hold adults-only publications. If you can stand it, listen to your child's favourite radio stations for a while. You'll probably see that from school age on, children are inundated with sexual references -- most of them sniggering, disrespectful, or misleading. The more you know about what your child is seeing and hearing about sex from other sources, the better equipped you are to make sure they know what you want to tell them.

Does my child need to know about condoms and STDs before they've reached puberty?

Unfortunately, they probably do. They're likely to be hearing or reading references to AIDS and other sexually transmitted diseases in the news and from their schoolmates. You might as well make sure they're getting information that's accurate. And answering their questions matter-of-factly is one more way of reassuring them that they can trust you to discuss sex calmly with them.

Do I have to explain oral sex to my child?

If they're 6 years old, no. However, you'd be wise to prepare yourself for a question or conversation about oral sex, especially since it continues to be a perplexing subject for children in school. It's not too early to start talking to your child about the important connections among sex, love, and responsibility. You may want to explain that kissing another person's private parts is another way of having sex; that even though a girl can't get pregnant this way, it's possible to transmit dangerous diseases through oral sex; and that oral sex, just like the other kind, entails feeling love, commitment, and regard for the person with whom it's performed.

Reprinted with kind permission from vhi.ie

Birds and the Bees