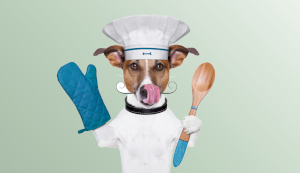 Race to open a gift wrapped in several layers while wearing oven mitts, a hat and scarf. You will need a wrapped gift, oven mitts, hat, scarf and dice. Wrap up a small gift (possibly a CD, tape or candy). Then wrap this box in a succession of larger boxes. Use DUCT tape for the wrapping. Don't tell anyone about the layers of boxes. Get a pair of dice and a 9" x 13" baking pan to roll them in. Get a coat, a pair of oven mitts, a scarf and a hat.

Get everyone in a circle and put the box in the middle. Choose a number to roll for a person to get a chance at opening the box (it is best to start with a rare number (like four) and move to a common number like seven) Begin rolling the dice. Each person gets one roll then passes the dice. When someone rolls the number of choice (again it is best to start with a less probable number "4" and later change the rules to more common number "7") . They have to: Put on all the clothes (coat, hat, scarf, mitts) and try to open the box. They only get to try until a new person rolls the same number. This game is more fun than you can imagine. 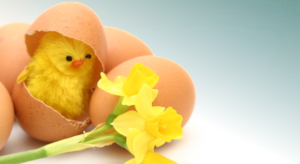 You need two eggs for every player All are hard boiled except for one . A plastic table cloth or sheet along with paper towels or wipes would also be a good idea. Place a bowl of eggs on the table. All of them are hardboiled except for one. Each player takes a turn taking an egg and breaking them in one smashing motion on their foreheads. They must take whichever egg they first touch. Hope that you don't get the one that is raw!

While blindfolded, identify the person in whose lap you are sitting only through whistling (or if they can’t whistle, they have to grunt) A volunteer is blindfolded and stands in the center of a seated circle while the players change seats. The volunteer now sits on any player's lap. No words are spoken. Then the person on whose lap they sit must whistle a tune. He/she must guess whose lap he is sitting on. If he's correct, the two change places. If not then they must move to another lap and try again. 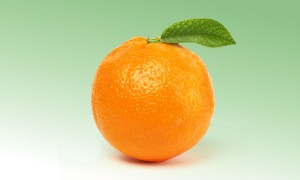 Pass an orange under your chin around the circle. A great game for teenagers Stand all of the players in a circle. Boy girl boy girl if you wish. The players must pass an orange around a circle without using their hands. In fact, the orange must be passed around under your chin. If the person passing it drops it, then they're out. If the person receiving drops it they're out. Eventually there should be only two people left. Some fun party music can help give the game an upbeat feel.