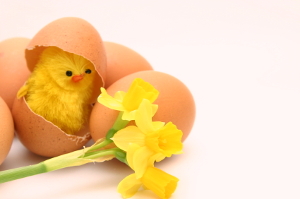 Easter is the biggest celebrated Christian holiday around the world, but where did our modern day traditions and customs come from? Why do we give Easter eggs? And what has the Easter bunny have to do with Jesus? Here at Schooldays.ie we’ve delved into the roots of our modern day holiday.

Like many of our modern customs that surround religious and cultural holidays, Easter has a few unusual traditions that are particular to Ireland’s own history and people. Although the period was once time of strict fasting, religious observance and contemplation, it has now become a spring time holiday for both religious and secular families who celebrate the time in similar ways.

Though there are many different theories, the origins of Easter are loosely mixed with pagan beliefs, festivals and with the early Christian celebration of the resurrection of Jesus Christ. Because Easter falls near the spring equinox, the parallels of pagan springtime ideas of ‘rebirth’ and those of Christian ‘resurrection’ around this time are distinct. In early Christian times, worshippers adopted the pagan customs to help celebrate the time of resurrection, the result being that our present customs are a rich and diverse mix of both.

What came first, the bunny or the egg? 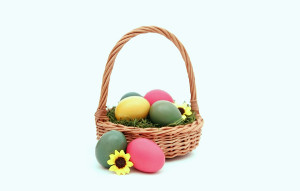 The use of eggs and bunnies as symbols of Easter also derived from pre-Christian rites when painted bird eggs were given at springtime as a symbol of fertility and rebirth. Early Christians saw the image of the egg as symbolising the empty tomb of Jesus, and also the ‘hatching’ of the egg to illustrate Jesus Christ being reborn. The Easter Bunny originally stemmed from German folklore, where a rabbit or hare brought children colourful eggs on the eve of the holiday.

Bunnies and eggs both represented fertility in both paganism and during antiquity, and presently in the western world, became synonymous with children‘s characters games and confectionary.

Like other religious observances of fasting such as Ramadan in Islam, Lent is an important part of the Christian holiday. Lent begins on Ash Wednesday and lasts six weeks until Easter Sunday. During the middle ages, Christians could not eat eggs, meat or dairy in this period as it was seen a time for reflection of Jesus Christ’s sacrifice and resurrection. Now, Lent is seen in more relaxed terms and parents and children who observe this period will choose to ‘fast’ by giving up sugary treats or other favourite foods. 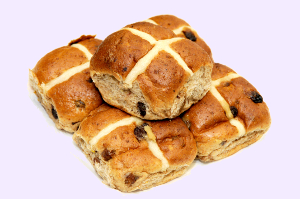 This tradition of baking and enjoying buns with ‘holy cross’ baked in, are thought have come from many ancients sources including pre-Christian times, where in the Old Testament, Israelites baked cakes for their religious idols. Some historians argue that the ancient Greeks adopted this customs but then ‘blessed’ the buns with a cross.

The Easter traditions are celebrated in Ireland such as Good Friday observance, special masses, family feasts and lengthy school holidays is unique to our shores, as do the different customs and observances change all around the globe.

The mix of paganism, ancient customs, Christian teachings and modern practices all contribute to this unique spring time event celebrated by millions of people and( especially) children who see this as a time for relaxation, holidays, fun games and most religiously; chocolate.