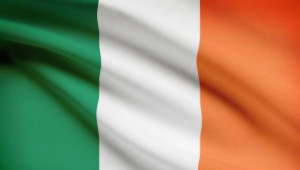 The Department of Education and Science allows students in Ireland to apply to be excused from studying Irish in primary and post-primary school. The circumstances in which a student will be given this exemption are very limited. Where a student has lived abroad or does not speak English, they may be exempted. Students with certain disabilities may also be exempted.

Following a public consultation in 2019, revised criteria for granting exemptions from Irish take effect from the beginning of the 2019/2020 school year. The Department of Education issued new circular letters which can be viewed on the links below. Parents should view the full documents if considering making an exemption application.

Where entry to a third-level course requires a student to have a certain mark in Irish at the Leaving Certificate examination, students who have been exempted from the study of Irish may also be exempted from this requirement. This is a matter for each individual college. Generally, if a student has had an exemption during post-primary education, he/she is likely to be exempted from Irish as a college entry requirement. The student applying for a third-level course through the Central Applications Office (CAO) should send a copy of the exemption certificate with his/her CAO Application Form.

The categories of student who may apply to be exempted from the study of Irish include:
#1Students whose primary education up to 12 years of age was received outside the State and who did not have the opportunity to study Irish.

#3Children of foreign diplomatic or consular representatives in Ireland

#4Students who have at least reached second class and meet all of the following conditions:

Have significant learning difficulties that are persistent despite having had access to a differentiated approach to language and literacy over time. This should be documented in a Student Support Plan. Have a standardised score at or below the 10th percentile in word reading, reading comprehension or spelling, at the time of the application for exemption.

A parent/guardian on behalf of a student or in the case of a student who has reached the age of 18 years, the student, must make an application in writing to the principal of the school for a Certificate of Exemption from the study of Irish.

A) Considering an application for exemption

The Principal Will:
#1Ensure that the date of receipt of the application by the school is recorded on the form.

#2Acknowledge receipt of the application for exemption from the study of Irish in writing.

#4Advise the parent(s)/guardian(s) of the next steps in processing the application.

#5Inform the parent(s)/guardian(s)/student regarding any implications of an exemption from the study of Irish for the student while in post-primary education and into the future.

#6Inform the parent(s)/guardian(s)/student that the application will be processed and the outcome confirmed in writing within 21 school days of receipt of the application.

#7Explain to the parent(s)/guardian(s)/student that a signed Certificate of Exemption will issue where a decision is reached that an exemption from the study of Irish may be granted.

#9Explain to the parent(s)/guardian(s)/student the arrangements for the student’s learning in the case of an exemption being granted.

B) Recording the Decision

The outcome of the application process will be conveyed by the school in writing to the parent(s)/guardian(s)/student. Where an exemption is granted, a Certificate of Exemption, signed and dated by the school principal will be issued. The Certificate of Exemption will also state the name and address of the school, the school roll number, the pupil’s name, date of birth and the sub-paragraph under which the exemption is being granted. The application form, all supporting documentation, and a copy of the Certificate of Exemption where applicable, will be retained by the school in accordance with data protection legislation and will be made available for inspection by authorised officers of the Department. In maintaining such documentation, schools should ensure that they have obtained appropriate parental consent for the retention and use of such records. Parents/guardians and students should be informed of the option not to exercise the exemption granted, without any loss of the right to exercise it at a future time.
Where an exemption is granted, a certificate of exemption is sent to the school. This signed by the school principal. It is the responsibility of the school principal to tell the parent/student about the result of the applicationSource and copyright Citizens Information.ie