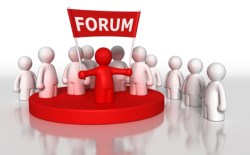 The purpose of the Annual General Meeting is to inform parents of the work and activities undertaken by the Parents Association over the past year and to account for the monies spent and received. Elections for the parent association committee are also normally held at the AGM and for this reason most associations normally hold their AGM early in the school year, i.e. September or October.

The AGM can of course be held anytime during the school year and some Committees choose to hold it in June. In any event, whenever you hold the AGM make sure all parents receive notice of the AGM – at least ten days notice should be given.

In order to ensure that all relevant information is communicated at the AGM it is recommended that an Agenda for the meeting is prepared and circulated to parents along with the notice of the AGM. The Agenda sets out the order of business of the meeting and the topics which will be covered. It is important to try and keep to the meeting to a tight schedule so that parents do not get up and leave before business is concluded. Whilst the topics and running order may differ from one Association to the next, generally speaking the following will be included in some shape or form on most Agendas:
In addition to the above, the following often form part of the Agenda

Many meetings would conclude with a question and answer session allowing parents to ask questions and make suggestions on the work of the parent association. It is also a good idea to provide light refreshments immediately following the meeting as this will allow parents the opportunity to get to know each other and equally importantly allow the parents committee the opportunity to circulate and encourage parents to get involved in the association.