How Can I Know If My Teenager Is Being Bullied? 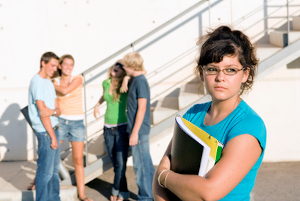 There is a culture of secrecy surrounding the whole issue of bullying. The fear of retaliation is a legitimate reason not to disclose bullying as is the fear of others seeing that you can’t cope with the normal cut and thrust of interacting with your peers. Children often decide to put up with bullying rather than confront the possibility of the whole class or school knowing about it. Furthermore, the culture of silence in school is so strong that reporting bullying can be understood to be the same thing as tale telling.

Bystanders who witness bullying often remain silent because they believe it is not their business to intervene. Others may not know how to intervene effectively, or are too afraid to do anything about what they are witnessing. They may be afraid that they will be targeted next. They may have experiences of guilt that they did nothing to stop the bullying.

What makes it difficult for parents to establish whether their teenager is being bullied is that a young person’s response to bullying may have similarities to normal adolescent behaviour, caused by stresses other than bullying. For example, being less talkative at home, showing variations in mood, becoming sensitive about appearance, demanding more money and showing signs of being hungry are often part of normal adolescence. The key thing to look out for is sudden and unexplained changes in your child’s behaviour. These might include: 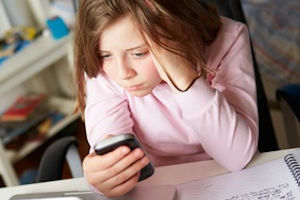 What to tell children if they are being bullied
Approaching the School
What if the School doesn't respond
Stop the bullying before it starts
Dealing with abusive text messages
Is your teenager bullying others - what can you do?
Shyness in Teenagers
Advice for Parents of Shy Children