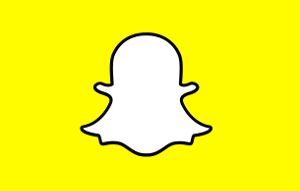 Snapchat is an app you can install on your SmartPhone or tablet device (iPad, LG G Pad, Google Nexus). It allows the user to take a photo and share it between their friends along with a message. When their friends receive it, the picture only stays on the screen for between 1 & 10 seconds - and is then 'deleted' by the app.

Who is using it?

Teenagers and pre-teens (although it is rated 12+ in the iTunes store). Teenagers are living in a time of sharing everything they are doing with the friends and peers - just look at their Facebook pages. Teenagers love the spontaneousness of the app where they can take a photo and share it with their friends, but with the added bonus of the photo not sticking around, like it would on their Facebook profile, for others to see. Snapchat is also popular as you can send a message along with the picture and there is no texting cost. Many using the app will send a 'blank' picture by covering the camera just so they can send a message.

The majority of photos sent are 'selfies' (picture of yourself) with many being funny or embarrassing. However, the 'knowledge' that the image will disappear after a few seconds may tempt the user to possibly take some naked/semi-naked photos of themselves and share it with their 'loved one'(sexting). But what if their 'loved one' takes a screen-shot of the image? Then that image is now permanent on their phone, and can be put anywhere. The sender will get a notification from Snapchat that there has been a screen-shot taken, but by the time it could have been shared far and wide!

So what can parents do? 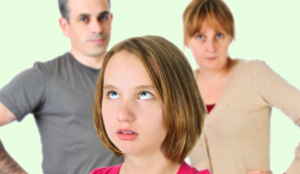 The app is not necessarily a bad thing, allowing teens to express themselves and share their days experiences with their peers. However, as with all apps and internet use, parents need to remind their kids of the risks and etiquette of using this technology. There are some privacy settings and 'block' options on the app which should be discussed with your teen/child. It's also a good idea to review your teens/child's list of 'friends' on the app. It is worth teaching your child that anything they put on the internet can exist for years to come and they should text things they would be ok to say to that person face to face.

It's also important to have a discussion with your teen/pre-teen about 'sexting' both on Snapchat and other apps. Originally 'sexting' was the sending of sexual content via text message. It has evolved to include any sort of messaging, including images, via a mobile device. Your child may receive such images and not know how to handle the situation so it's important they are comfortable talking to you about such issues. Teens should also be made aware that sending or receiving a sexually suggestive text or image of someone under the age of 18 is considered child pornography and can result in criminal charges. Such convictions, however innocent, will block all travel to Australia, Canada & the U.S.A.

In Mid 2017, Snapchat rolled out a new feature called "Snapchat Maps". Using this feature, users are given a map of their surroundings that shows the location of each of their Snapchat friends. Though the feature is Opt-in, meaning it must be manually turned on by each user, your child could easily accidentally show their location to all of their friends, even users they have added without knowing fully who they are. Children do not always understand the dangers of interacting with strangers online and may unintentionally share their exact location with people they do not know. This means that Snapchat users who your child has linked with can access your child's exact location at all times and build an idea of your child's typical day. 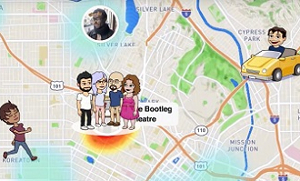 There is a way to turn the location feature off called 'Ghost Mode'. In order to this, you must access your child's Snapchat account and enter the map feature. You will then see a settings icon in the top right hand corner and you can then choose Ghost Mode from the menu. Once you have entered Ghost Mode, your child's location will no longer show up on the map however Snapchat will still be able to track locations. If you would like to know more about limiting your child's visibility on the map feature, read this article.