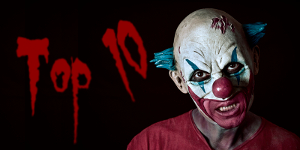 Halloween time and that means dressing-up, stuffing your face full of cavity inducing sugar and generally going crazy in your neighbourhood. But what movies to watch? At Schooldays.ie we’ve compiled our favourite horror movies for older kids (8 years and up) teens, and parents to enjoy this Halloween. We’ve a few oldies here and also few recent classics, tell us your favourites in the comments. 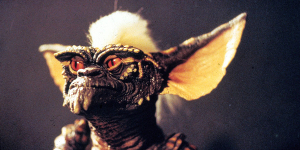 No list of best Halloween movies would exist without the classic 80s comedy Gremlins. The story of a boy who is given a strange creature as a pet. When the boy breaks the three rules concerning the ‘mogwai’ he inadvertently spawns evil monsters who are hell bent on destruction! The 80s classic does show it’s age but is still an enjoyable and a creepy caper for young (and old) viewers to enjoy.

The Nightmare Before Christmas -1993 - PG 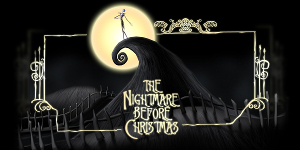 Tim Burton’s dark vision of what is both a Christmas and Halloween movie rolled into one, sees the director tell the adapted tale of Jack Skellington, ‘The Pumkin King’ of Halloween town, who decides to go on holiday to Christmas Town. This is a classic dark comedy comes with great music and incredible stop motion effects. 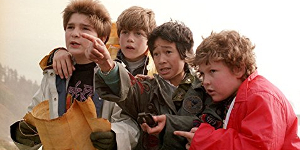 Another 80s classic here that’s not so much a Halloween flick but something all the family can watch with some spooky themes thrown in. The adventure story, produced by Steven Spielberg, sees a bunch of preteen kids trying to save their town from being demolished. When they find a treasure map the gang go in search of a famous pirate’s hoard. 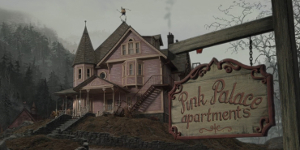 Based on the best selling horror-fantasy book by English writer Neil Gaiman, Coraline is a creepy story about a young girl who finds a gateway to another world in her new home. This new world sees her parents transform from busy and inattentive to kind and doting. The new world also has hidden dangers and our hero must find away to save her real family from a sinister fate. 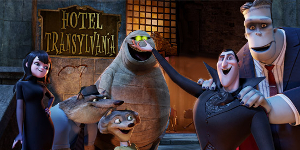 A recently made but instant classic is this spooky comedy about a hotel resort created by Dracula. The resort is for other monsters to go on holidays but things don't go to plan when a young man shows up at the hotel and Dracula is forced to dress the newcomer as a monster to protect his guests and his hotel. When Dracula’s daughter Mavis begins to fall for the newcomer Dracula must try and protect her from this ‘human’ boy. Great comedy that’s not too spooky for younger kids too. 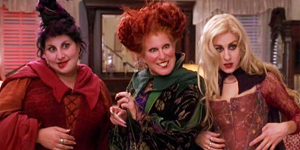 A classic Halloween favourite in most households, Hocus Pocus provides just the right amount fright and tonnes of humour that will keep the whole family happy. Three witches are accidentally resurrected after three centuries by unsuspecting kids on Halloween night. They must then try to thwart the witch’s evil plans with the help of a three hundred year old cat and a friendly zombie. Full of action, laughter and music, this movie is the perfect choice for family movie night. 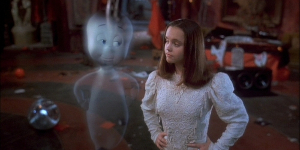 Get the family together for a ghoulish adventure with this feel-good film. A young girl and her father move into an old spooky mansion but, they are not alone. Casper, the friendly ghost, befriends them but his three cranky uncles cause mayhem and mischief in hilarious style. This live-action take on the classic cartoon is bound to be fun for the whole family. 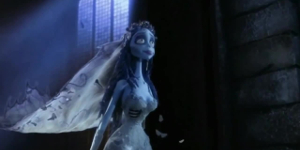 Tim Burton’s masterpiece, The Corpse Bride, is not only visually stunning and musically creative but it is also a great Halloween movie. A nervous groom is thrown into the underworld when, while practising his wedding vows, he accidentally ‘marries’ a young woman who just so happens to be dead. Creepy and heart-warming, the family will love it. 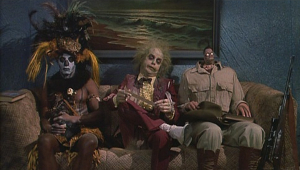 Another Burton classic and one of the of the more scary movies on our list, Beetlejuice is a delightfully rich and humorous ghost movie. A young, recently deceased couple enlist the help of a “bio-exorcist” to remove the annoying new owners of their house but, can the mysterious Beetlejuice be trusted? This film does have some frightening and jumpy bits but it more than makes up for the scares with jokes plus a hilarious dinner-time sing-song. 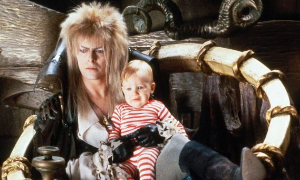 Get ready for some music, adventure and lots of puppets! From Jim Henson, the creator of The Muppets, Labyrinth is a dark tale of adventure, creepy creatures and amazing artistry. The evil Goblin King, played by David Bowie, has fallen in love with a selfish teenage girl from another world. In an attempt to make her fall in love with him, he kidnaps her baby brother and forces her navigate through his never-ending labyrinth in under 13 hours.

If she fails, he will turn her brother into a goblin and she will be a prisoner in his kingdom forever. Romantic, right?