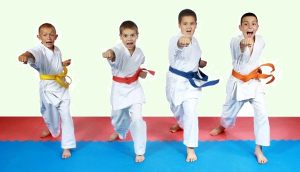 Although still in it’s relative infancy here in Ireland, MMA has been around professionally for the last 30 years. The sport is centered on two opponents who can both strike and grapple one another either standing upright or on the ground. Fighters can use a mix of martial arts, pankration, wrestling, boxing and kickboxing skills and a fighter wins a bout when he or she knocks the other fighter out, a fighter taps-out or it is based on points by judges. With the explosion of Ireland's star sportsman, Conor McGregor, onto the global UFC scene in recent years, more and more kids are ditching their football boots in favour of MMA. 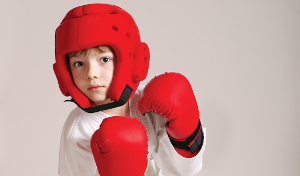 As with all impact sports, including Rugby, Equestrian, Hurling, Boxing and traditional Martial Arts, MMA carry some injury risks, and due to the combat and aggressive style of fighting, parents may feel anxious about allowing their child to take part. Here at Schooldays.ie we’ve put together some advice for parents whose children are interested in this poplular martial art sport.

Many martial arts clubs around Ireland offer MMA classes in Brazilian Jiu Jitsu training which closely resembles the fighting technique of the professional MMA sport. This form of martial arts is based on defeating opponents using grappling techniques, choke holds and joint locks to make the opponent submit both on and off the ground.

Like with all martial arts, through training, kids learn discipline and it will increase self-esteem, improve coordination, concentration and self-defense. However, some parents may be concerned with safety. We asked Straight Blast Gym (SBG) in Dublin about risk of injury with students: 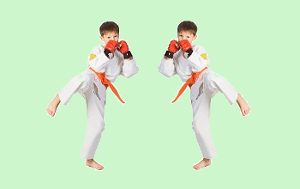 “Risk of injury is present in many sports; the highest risk groups being equestrian and rugby. In our sport every care is taken from our young kids right up to our adults. Gum shields must be worn and when sparring, and at a later stage we insist on headgear and all our coaching staff are aware of safe training guidelines which we consistently update. Our gym was the first Irish gym to be part of Safe MMA (SBG fighter Aisling Daly is also a spokesperson for them).” Lots of martial arts clubs have youth classes and training can begin from anywhere from 4+ up. We asked SBG what they would say to parents who may be worried about their kids will be ‘cagefighting’.


“As for sparring with our students; this is not something a novice would be allowed do in our classes unless the Foundation Program has been covered. After that we insist on mouth guard, head guard etc, and our classes are strictly supervised."

Sports for your Kids