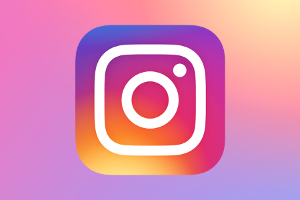 Instagram is one of the largest social media platforms that exists in 2018, with 1 Billion monthly active users as of June 2018. This number has increased at an impressive rate, and the platform is particularly popular with teens and children who dislike Facebook. For parents who have only just gotten the hang of Facebook, seeing your child move to another platform you have to learn can be frustrating, but the social media masses of the younger generations seem to have migrated to Instagram without any intention of maintaining any heavy use of Facebook.

Instagram is Image and Video based, meaning every post contains a photograph or video. The app has built in photo editing using filters, and a "stories" section, where users can upload photos and videos from their daily lives that will be deleted after 24 hours

Who is using it? 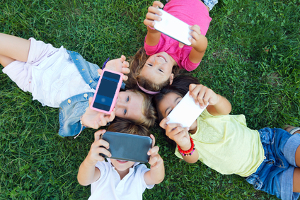 Teens and Pre-teens are a large user base for the platform, in part due to the ease of use that comes with the app, and the lack of clutter, unlike Facebook. Instagram also has a more engaging and modern look and feel to the app, which makes for a more enjoyable experience for the users. Celebrities and "Influencers" use Instagram to promote not only themselves but also brands who have paid them money or offered them partnerships.

Instagram has a larger culture of brand deals and celebrity advertisement than Facebook, which has only spurred on more of this activity. But Instagram can also simply be used to follow your friends throughout the day, and see what interesting things they have going on in their lives. Stories have become an more and more creative space for teens who may choose to make their stories comedic, or enjoyable beyond a simple picture of their daily life. 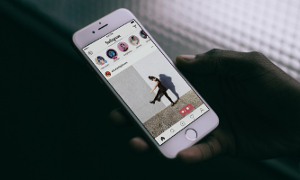 While advertisement is present on most social media, Instagram is infamous for incorrect advertising practices when it comes to celebrity endorsements and brand deals with "influencers". Young girls are specifically targetted by celebrities like the Kardashians and other influencers, who endorse herbal teas to reduce weight, skin-care brands and makeup products in their posts without ever mentioning the money they have been paid for their post.

The Kardashians are known to skirt Federal Trade Laws by adding "#ad" days after the initial posting, after most if not all of the attention the post will receive has come and gone. What this means is that the teens and children who see these posts can sometimes believe that they are unbiased endorsements of products that the celebrities actually use, which is often not the case.

Other worries are the typical worries that face parents whenever their child is on any social media platform, such as the question of whether or not they are oversharing, or spending too much time and effort on making their lives look good for Instagram, or Instagram stories. It is also worth noting that the app is owned by Facebook, and it is therefore only sensible to assume that the breaches of data protection, invasions of privacy, and user data tracking, selling, and influencing that Facebook commits are also being carried out by Instagram.

So what can parents do?

Instagram, like any other social media, is not inherently bad, and can be used to stay in touch with friends and aware of the exciting things in their lives. Parents should always, however, let their children know about the dangers of oversharing online, and with believing celebrity endorsements. Teens should always have their account set to "private", which will block anyone who does not follow them from viewing their posts until they have been manually allowed to do so.