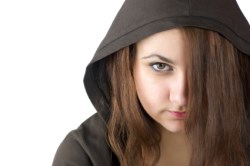 ...can leave children feeling angry, frightened and powerless, if children are unable to share their feelings with someone else it can leave them emotionally bruised and exhausted. Their powers of concentration can suffer, adversely affecting their capacity for learning. Verbal attacks can be of a highly personal and sexual nature. They can be directed at the child’s family, culture, race or religion. Malicious rumours are particularly insidious forms of verbal bullying.

...is often written off as "horseplay", "pretend" or "just a game" when challenged. While children can and do play roughly, in the case of bullying be aware that these ’games’ can be a precursor to vicious physical assaults. Both boys and girls indulge in physical bullying, boys perhaps more so as they have a greater tendency towards physical aggression. 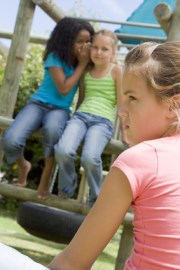 ...there are many different forms of non-verbal threatening gestures which can convey intimidatory and frightening messages, i.e. The state or look which accompanies bullying behaviour.

...is particularly hurtful because it isolates the child from his/her peer group and is very hard for the child to combat as it directly attacks their self confidence/self image.

...young children are particularly vulnerable to extortion bullying. Demands for money, possessions or equipment, lunch vouchers or food may be made, often accompanied by threats. Children may also be dared or forced to steal from the school leaving them (at the mercy of the bully) open to further intimidation.

...in an ever more technologically advanced world, a new strain of bullying has emerged amongst children, which utilises web pages, emails and text messaging to abuse, intimidate and attack others, either directly or indirectly i.e. rumour mongering.

What to tell children if they are being bullied
Approaching the School
Concern about a Teacher Bullying
Stop the bullying before it starts
Dealing with abusive text messages
Is your teenager bullying others - what can you do?
Effects of Bullying
What if the School doesn't respond