Their Freedom, Your Fears

No school means summer hellidays for parents of teenagers who are too old for a babysitter and too young to work. But shouldn’t the State help working parents,asks Kate Holmquist 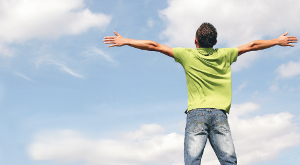 School’s out for summer – bringing joy to young teenagers, but hellidays for their parents. For mums and dads, this is the season to be a teacher or a stay-at-home, rather than having to parent via mobile phone. Office-bound parents text back and forth with children, hoping that they’re safe and that they’re where they say they are.

When kids sleep in until lunchtime, parents are relieved because it means at least they’re safe in bed. Sound negative? It’s the reality. “Parents of 12- to 15-year-olds are leaving them to their own devices and relying on them to sleep late until noon or 1pm, then monitoring them by mobile. It’s nearly accepted that these kids are home alone. 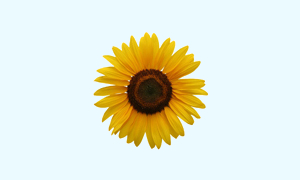 A plethora of summer camps, many of them residential, endeavour to take young teenagers off working parents’ hands, but it’s expensive. A day camp costs about €60-€150 a week and a residential camp can run to €500 a week. Forrest says that many working parents, especially those with more than one child, have a stark choice: send the kids to camp or take a two-week family holiday in Spain. Many families cannot afford both.

Keeping the kids at home poses dangers, Forrest warns. “Many parents don’t have the option of the expensive camp. I would know from my work in Teen Counselling that parents allow kids to sleep in late until 1pm or 2pm, which means that the kids stay out late, until after midnight. It’s a bad habit and other bad things can happen as a result.”

What Forrest terms “unhealthy friendships”can develop when children are unsupervised. “Somebody calls someone on the mobile and the next thing there’s a mob in the house and the teen is not able to say No at the door. When teens are home alone, they can be victimised, bullied, forced and coerced. We see this all the time and we work hard to show parents that their teens didn’t invite the ‘friends’ in. Things can get out of hand and things happen that were never planned or intended,” she says. Angry parents come into conflict with their young teenagers and the situation spirals until August. “When a summer starts badly, it continues badly and by the time they get back to school the parentchild relationship has been damaged,” says Forrest. 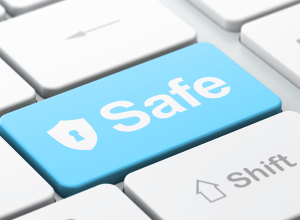 MORE SENSITIVE, INTROVERTED teens can be “safe” at home but excruciatingly lonely, locking themselves in their rooms with TV, computer games and the internet. Their parents may be grateful their kid is not out on the streets, but isolation can bring too much time to think and depression that lasts far longer than the summer. “The whole of society has to think about what happens to families for the three whole months when children have nothing to do,” she says. Rita O’Reilly of Parentline, an advice phoneline for parents, agrees:

“The whole childcare debate centres around younger children. My experience is that’s not where the problem is. Younger children are happy to go to creches, which continue throughout the summer, or they have nannies. Many women work parttime and are able to juggle this around school schedules. “It’s the 10- to 14-year-olds who are the problem. You can’t leave them by themselves too long, but many don’t want to go to summer camps all day. They don’t want to leave the road. They want to be at home 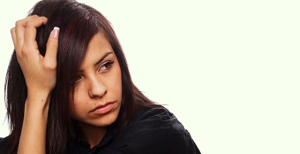 Even when parents can afford to pay for a schedule of summer camps throughout the summer, their children may rebel. As O’Reilly points out, 13-year-olds hate being lumped in with seven-year-olds, with whom they have nothing in common. Many a parent has paid the fees, only to find that their child went once to the camp and refused to go again, she says.

Many pre-teens and young teens are happy to go to day-camps specialising in sailing, golf or GAA, but these tend to run from 10am to 3pm. The rest of the day has to be juggled with parents sharing pickups and the home-time responsibilities. “But that’s not easy either; if a parent is working a half day, that means the parent is coming home to another job of looking after their own and somebody else’s kids,” says O’Reilly.

Term-time working for parents is one solution, but it tends to be available only in the Civil Service and in large companies, such as IT, insurance firms and banks. And even then, parents take a pay cut, since their reduced hours are spread over the year..

Summer Survival Tips
◆ Know where your children are and know their friends’ parents. Parents who share values around issues such as drugs, alcohol and dating can provide mutual support
◆ Young teenagers tend to sleep late and become active in the evening. They won’t be occupied with homework as they are during the school year. Be prepared to come home from work and spend some fun, active time with the children.
◆ Share supervision with other parents. It takes some organisation, but parents living in an area can agree to take turns supervising each other’s children in the afternoons.
◆ When considering an activity or camp as an option, ask the camp management about the supervision they offer.
What are the staff-to-camper ratios?
Can they guarantee that they will know where every child is at all times?
One parent told The Irish Times of how her two children left a camp premises unnoticed. She learned of their whereabouts when people who knew her telephoned to say they had the children.
◆ If you’re choosing a camp, don’t pick it because it has long hours rather than an interesting and stimulating programme.

This article extract has been reproduced courtesy of Irish Times.

The PDF for the original article can be found here.