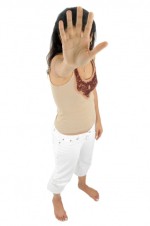 Like quite a few parents, you may have recently taken a good look at your adolescent and wondered, "What happened?" Not only has your child's appearance changed, their demeanour may have as well. A once-gregarious child who used to tell you everything now clams up. A jolly child who was always surrounded by a dozen pals suddenly has no friends. Your previously confident child now blushes, stammers, and won't look anybody in the eye.

The problems of impending adulthood can upset many teenagers. Weighing on their minds are such issues as changes in their bodies and how to respond to the opposite sex. They're worried about grades and fitting in. They may even be pondering the big "What am I going to do with my life?" question. If your child was shy when they were younger, the pressures of middle and high school may make her withdraw even more. Even if they were outgoing, their confidence may falter. Stay tuned in to what's happening in your child's life, while allowing them a healthy degree of independence and autonomy. Here are answers to the many of the questions you probably have about your shy teen.

Why is my child suddenly shy?

The late-onset shyness you've noticed is likely a new found self-consciousness. Children at this age may feel as though everyone is watching them, which makes them acutely aware of their actions and appearance.

If your child has abruptly become withdrawn, they may be going through a "hibernation" period to allow themselves to think about all the things that are confusing them, from romance to academic pressures to peer relationships. During this phase, which typically is brief, your child may hide in their room, even when relatives or friends drop by. Unless they seem depressed, let them be, while making it clear that you're available to talk. Your child may eventually ask for guidance, or they may work things out on their own, emerging from their isolation when they're good and ready.

If your child has always been somewhat shy but has recently become dramatically so, that's likely a result of self-consciousness as well. During the teenage years, naturally quiet kids can become extremely anxious about participating in new activities or making new friends - anything that puts them in the spotlight. If you can boost your child's confidence and help them have a few successes in the social arena, they'll forget about the audience and some of their shyness will likely disappear

Most of the time, teenage shyness is a temporary phase and nothing to worry about. The child who has always been shy may struggle a bit more, but with support from the family, they will probably come through the trials of adolescence a stronger person.

Why doesn't my child have any friends?

Childhood friendships often develop by chance: the child who lives next door is about your child's age, or they hook up with someone who attends the same after-school club. Teens, however, are much more discriminating about friendships. Choosing someone and getting close may take some time.

Your child may have discovered that they don't have that much in common with the group they hang out with. They may need to figure out where they fit in and what kind of friends they really want. Or they may be a little less mature than their peer group - maybe they don't want to read the same magazines or talk about who's dating whom. If that's the case, when they do form a friendship, it may be a particularly tight one with a similarly young-for-their-age child. Not to worry -- they can be goofy together until their interests mature.

If your child is a natural introvert, they may be content to be less socially active than other children. This is not necessarily a bad thing: Many children go through junior high and high school with just a small group of friends or happily pursuing solo activities such as music and art. Don't criticise your child's choice of friends, even if they only have a couple or you think their friends are nerdy. So long as they're happy, remind yourself that popularity isn't really important.

How can I help my shy child?

Here are some approaches that may help your shy child feel better about themselves and function better at school:

When should I be worried about my shy child?

Most shy teens do just fine in high school and don't seem to mind that they're not the homecoming queen or captain of the basketball team. If you're supportive and appreciative of your child's successes and friendships, they'll learn to see their shyness as a little quirk, not a major character flaw.

But sometimes shyness spirals into feelings of loneliness or failure. If your child feels like an outcast or worries that they're letting their family down, their self-esteem may take a nose-dive. Here are some danger signs to watch out for:

Where can I get help?

If your child's behaviour worries you, particularly if they begin to do or say things that seem out of character, it's time to take action. You need not only to provide loving support but to call in the experts. Your first step could be to call your general practitioner Professionals can offer advice and put you in touch with specialists, support networks, and health facilities.

Reprinted with kind permission from vhi.ie