School choice is an under-researched topic in Ireland, but there is a considerable amount of Irish research in the areas of academic outcomes (results), subject choice, school environment, streaming/banding and school size. In this chapter we look at these areas and also comment on discipline, teacher expectation and school management. 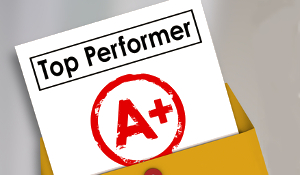 The notion underlying ‘league tables’ is that the school with the best results in public examinations is the best school. According to this method of ranking schools, the best results are the highest results in terms of points for entry to third-level education. But as a way of measuring the effectiveness of schools and comparing them with each other in order to select the best school for your child, this is fundamentally flawed.

First of all, it ignores the pupil intake. For instance, in a league table, the ‘top’ school may be a relatively small one, which cannot take all applicants. Or, the ‘top’ school may be a very large school, which does take all applicants and which has six class groups in its final year. Here, the Sixth Year will be more or less representative of the population and the very high results will occur in about one-sixth of the cohort. Even in terms of crude examination results, then, the more interesting question to ask is not, which school got the highest results? The pertinent question is, how much did the school contribute to the results? In short, league tables will tell you less about the school than you actually need to know in order to make an informed choice. You may wish to consider issues that have been found to have a direct impact on children’s experience of school. These issues include school type, school environment, subject availability and choice, streaming and banding, discipline and teacher expectations.

One of the aspects of second-level schooling, which can confuse parents, is the bewildering array of subjects on offer and the near impossibility of making a selection if the child has no prior knowledge of the subject, particularly if it is not possible for the child to first experience the subject in question.

The second related issue is how pupils are grouped in classes (class allocation). Even if all the schools being considered make broadly comparable curricular provision, schools may vary significantly in the way in which subjects and subject levels are made available to pupils. It has been found that more academically effective schools ‘tend to be more flexible in relation to choice of subjects and subject levels, delaying a final decision in order to maximise the number of pupils taking higher level subjects.’ 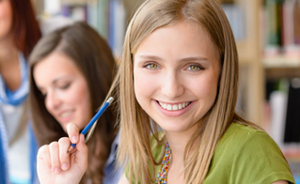 In these academically effective schools, first year might offer a ‘sampling’ system whereby pupils have an opportunity to try out a wide range of subjects for periods of time ranging from two weeks to two months. After sampling a range of subjects, pupils select the ones they are going to take for their Junior Certificate. The decision about which pupils will take the higher paper and which pupils will take the ordinary level paper can be left as late as Easter of third year in these schools.

The size of the school has a direct impact on those decisions. Table 1.2 in Chapter One shows that, for the school year 2003/2004, there were thirty schools with an enrolment of less than one hundred pupils. In other words, there was just one class of less than twenty in each year of a five-year cycle. Furthermore, there was a total of ninety-five schools with an enrolment of less than two hundred which, with a six-year cycle, would indicate the possibility of one class certainly in some of the years. In some of these schools, the practice is to teach pupils of all levels together (mixed-ability teaching) until the point where additional tuition needs to be given to the weaker pupils in preparation for the state examinations at foundation or ordinary level and additional material needs to be covered with those taking higher level examinations. 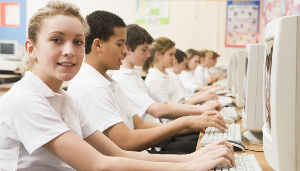 View the latest data on progression to third level colleges from the schools you are interested in.